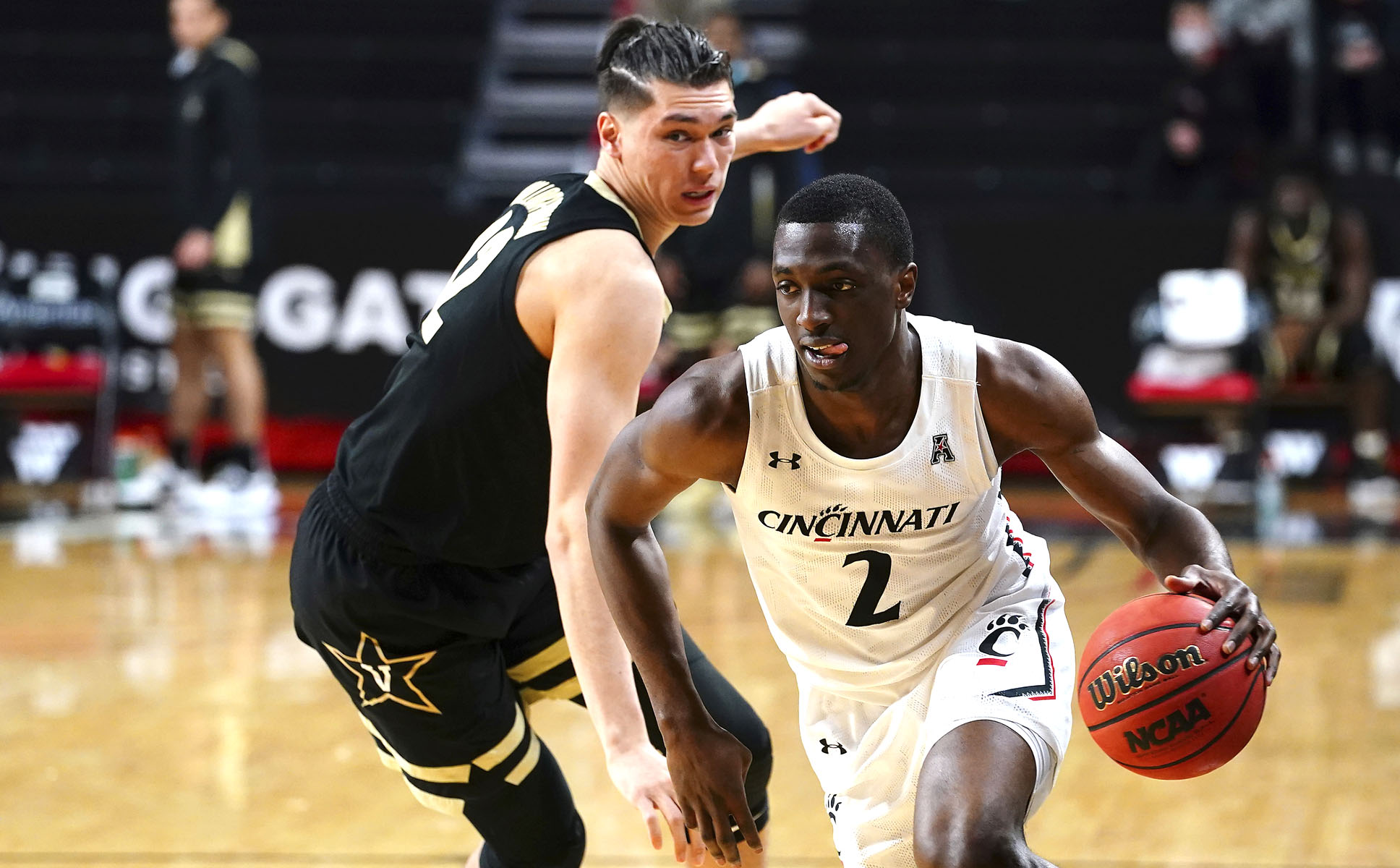 SMU had things rolling to start February with a pair of road wins, but COVID-19 robbed the Mustangs of their final six regular-season games. They will look to make up for lost time on Friday afternoon against Cincinnati in the American Athletic Conference quarterfinals in Fort Worth, Texas.

Having last played on Feb. 8, rust is likely for an SMU offense that has scored 72 points or fewer in seven of its nine games this calendar year and likely will be without a few key players per virus protocols.

Cincinnati dealt with its own pause of more than three weeks and has been solid since coming back from it in early February, going 7-3 in that span after a 3-7 start. The Bearcats rank 248th in the country in points scored on a per-possession basis and 289th in 3-point shooting percentage, but have played their best offense recently, scoring at least 69 points in six of their past eight games. Senior guard Keith Williams from Bishop Loughlin in Brooklyn is the team’s leading scorer at 15 ppg.

The Bearcats’ key to success has been forcing at least 13 turnovers in eight of their past 10 games. They also have surrendered the fewest second-chance scoring opportunities on offensive rebounds of any team in conference play.

With just one of SMU’s top six scorers making more than 33.3 percent of his 3-point shots and having already lost to Cincinnati at home this season, the Mustangs have tons of obstacles to overcome to get bettors to the window.