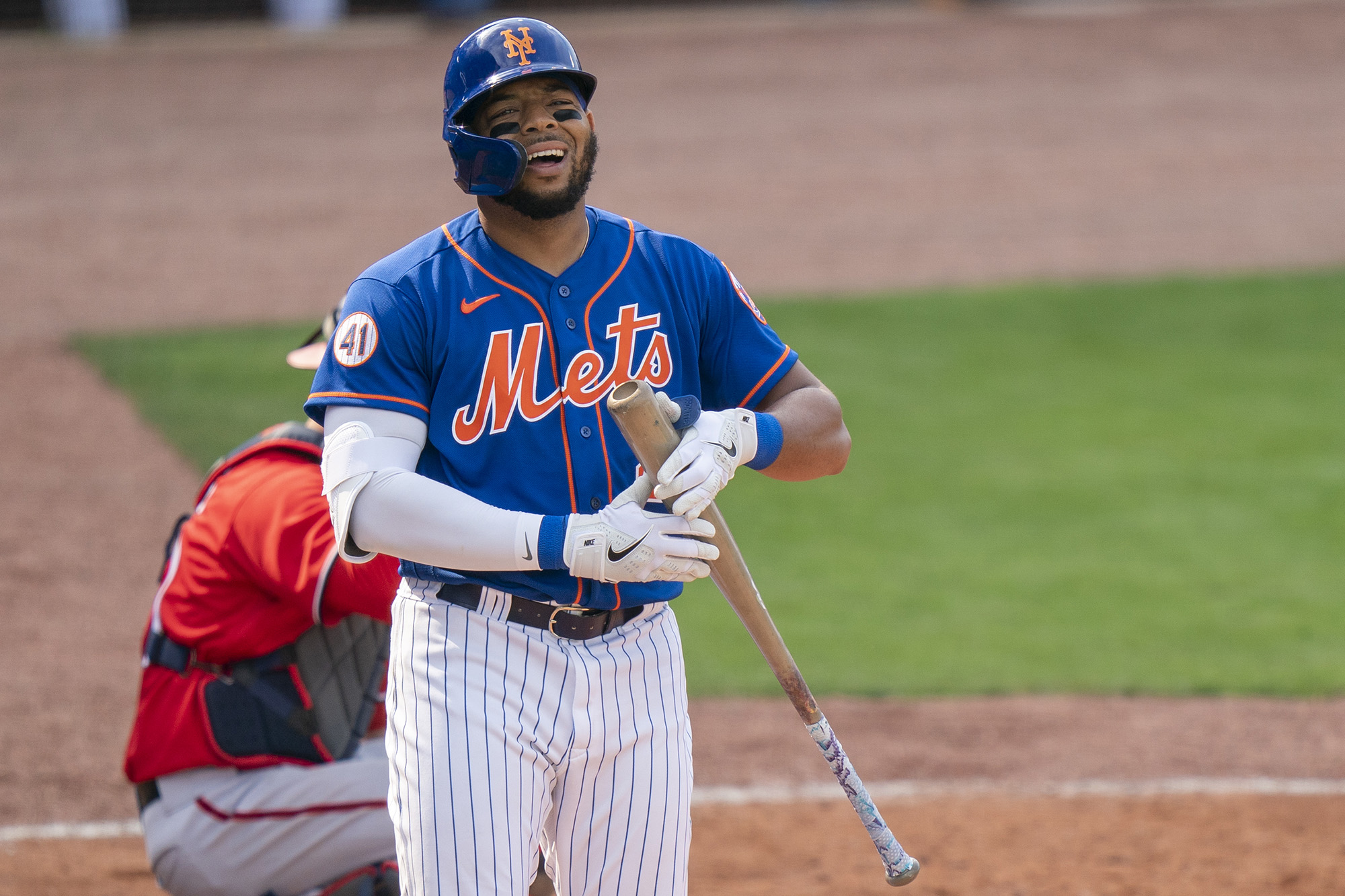 JUPITER, Fla. – Dominic Smith arrived at Clover Park with right wrist soreness Wednesday, prompting his removal from the lineup against the Marlins.

The discomfort – described as “general wrist soreness” – isn’t new for Smith, according to manager Luis Rojas. The Mets left fielder will be evaluated on a daily basis, but has continued working out defensively.

Smith blasted his second homer of the Grapefruit League season a day earlier.

Smith has started playing left field in recent days after beginning the spring in a first base/DH role.