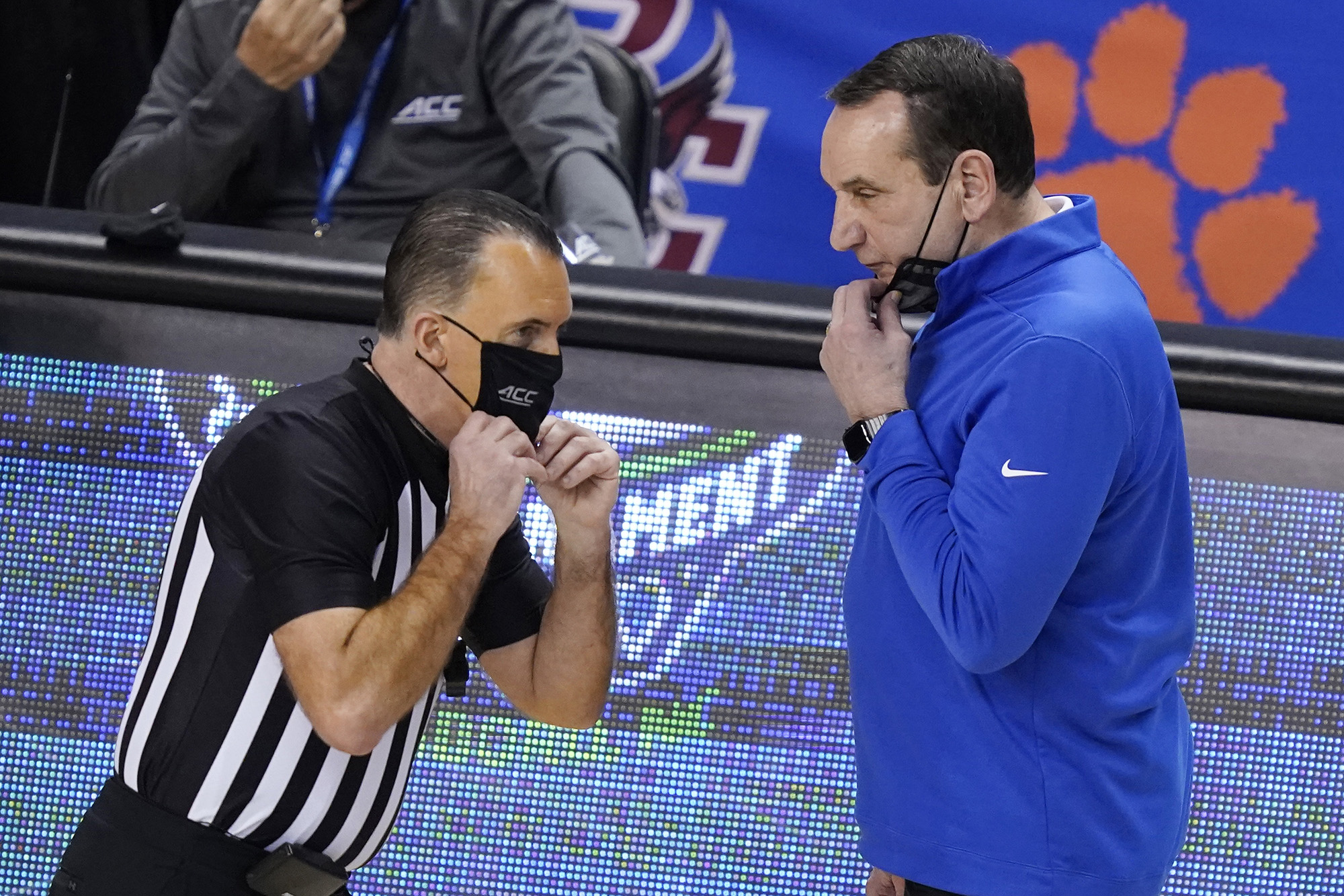 Don’t count out Duke just yet.

After withdrawing from the ACC Tournament quarterfinals because of a positive COVID-19 test and announcing that “will end our 2020-21 season,” Duke is leaving open the door to participate in the NCAA Tournament if selected or called upon as a last-minute replacement, according to an ESPN report citing an unnamed source.

It could be a moot point.

Duke might not have the résumé worthy of receiving an at-large berth. The Blue Devils (13-11, 9-9 ACC) won their first two games in the conference tournament after entering knowing they probably had to run the table to secure an automatic berth in March Madness.

Usually in the mix for a top-two seed, Duke could be one of the last teams selected or it could be added to the standby list in case one of the teams named on Selection Sunday has to withdraw because of a positive COVID-19 test.

An NCAA Tournament team needs to show seven consecutive negative daily tests before arriving at the hub city, Indianapolis, then must undergo daily testing while inside the bubble. The first-round games start Thursday, a week after Duke withdrew from the conference tournament.

NCAA spokesperson David Worlock declined comment to the Raleigh (N.C.) News & Observer when asked if a team could travel to Indianapolis if its quarantine doesn’t end until the day of or the day before a game.

Kansas and Virginia also withdrew from their conference tournaments because of COVID-19 tests.

“No team has been impacted in terms of conversation of being an at-large team or under consideration,” Kentucky athletics director and NCAA Tournament committee chair Mitch Barnhart said Friday on CBS Sports Network. “The committee continues to have conversation and working through all conversations with the impacted schools as it would relate to their programs and the health protocols locally and here in Indianapolis.”

Social media conspiracy theorists who believe Duke undeservedly will sneak into the tournament at any cost because of its brand name and national following are sure to be suspicious of this latest turn of events.