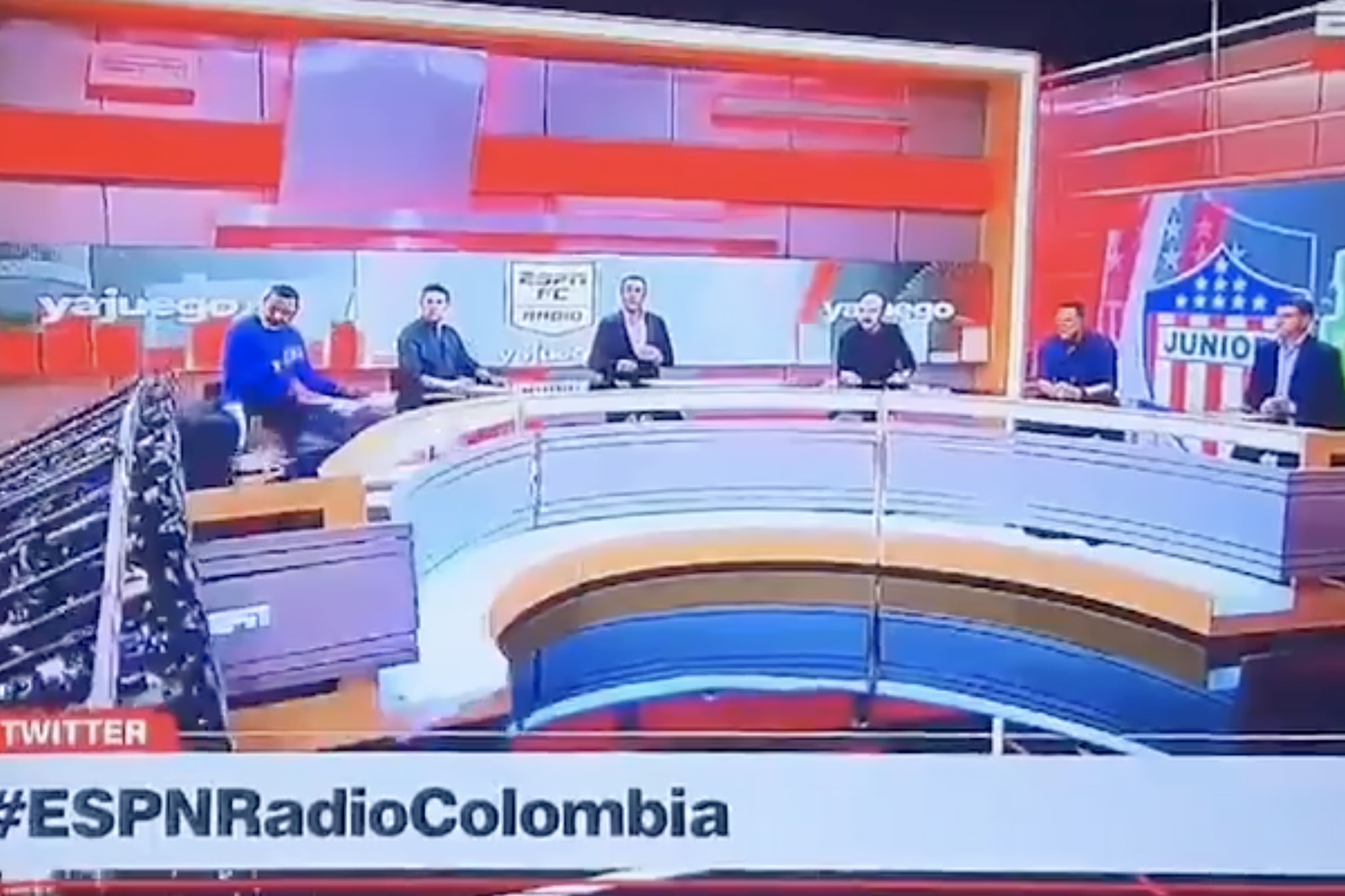 Not all sets are created equal.

That was evident Tuesday night in Colombia, as an entire wall came crashing down on journalist Carlos Orduz during the soccer show “ESPNFC Radio.”

In the scary video, Orduz is seen getting crushed by the collapsing wall from behind, as the show’s bewildered hosts looks on before shepherding the program to a commercial break.

Another person off camera can be heard saying “tranquilo, tranquilo” — the Spanish word for “calm” — in the aftermath of the accident.

Orduz later posted a video to Twitter in Spanish telling everyone he was fine, according the translation of ex-ESPN broadcaster (and current LAFC voice) Max Bretos.

It doesn’t appear the flagship site has had any wall malfunctions since the new set debuted.