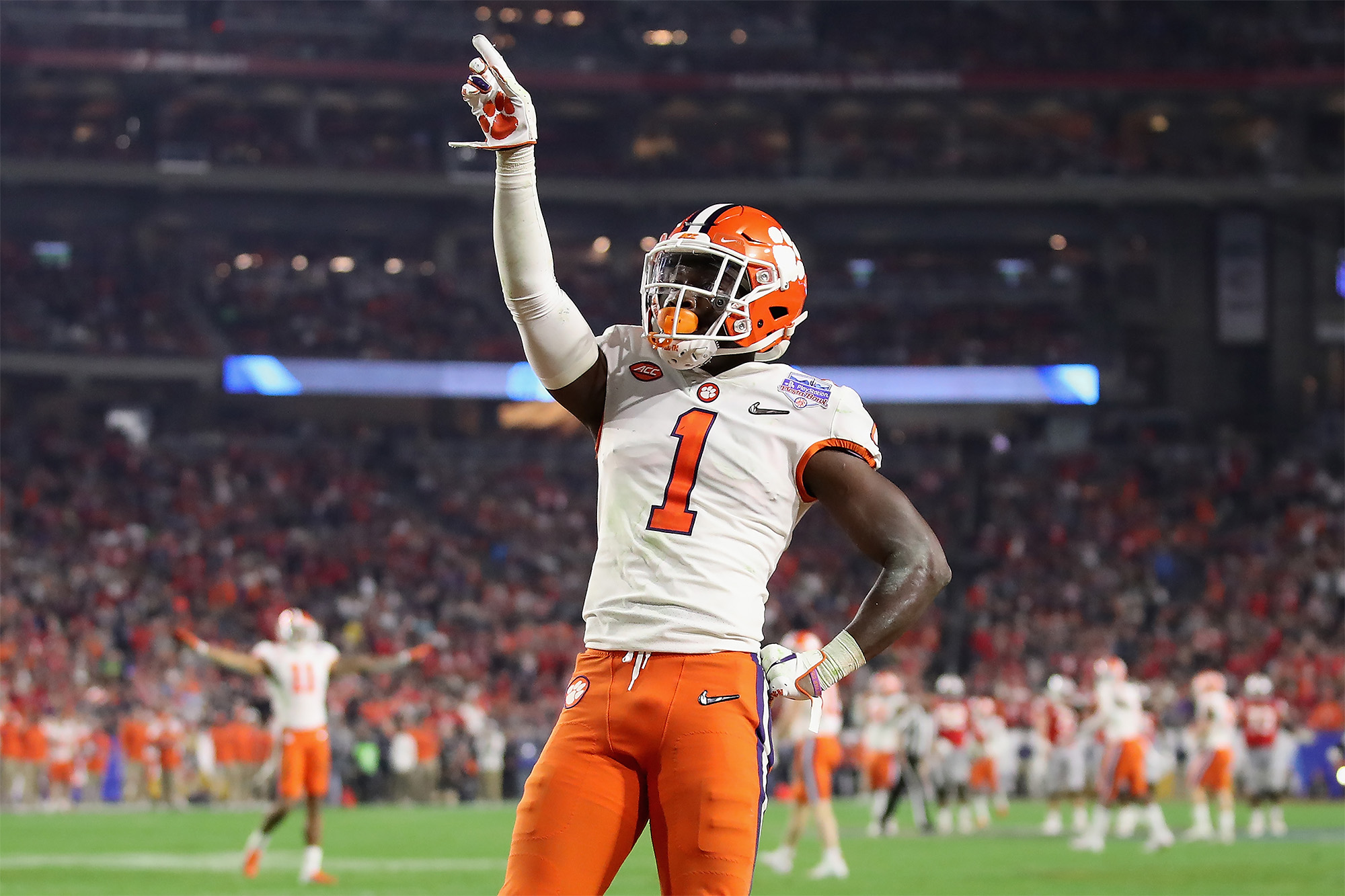 A former Clemson cornerback who was First-Team All-ACC last season faces gun and drug charges in South Carolina after he was found alone asleep in a car with a gun on his lap at 3 a.m. Friday, according to the Rock Hill Herald.

Derion Kendrick, 20, was arrested and charged with misdemeanor unlawful carrying of a handgun and issued a citation for simple possession of marijuana after a small amount of the drug was discovered and seized, police told the media outlet.

“He was located asleep in his girlfriend’s vehicle with a black Glock 19 9mm semi-automatic pistol sitting in his lap,” according to the warrant obtained by the Herald.

If convicted on the weapons charge, Kendrick could face up to one year in prison under state law. He does not have a concealed weapons permit.

Kendrick was dismissed from the Clemson program for undisclosed reasons last month and subsequently entered the NCAA transfer portal. It is unclear if he remains enrolled as a student.

“Really not much to say about that other than he’s not with us anymore, but also to say I love D.K.,” Clemson coach Dabo Swinney said earlier this offseason. “Man, he’s a young man that I’ve always loved as a football player. He’s got a really good heart. He’s never been a disrespectful young man or anything like that. Just sometimes there just needs to be a change.”

Kendrick, a five-star recruit in 2018, played in nine games with eight starts for the 2020 national runners-up. He was suspended by the team for at least one game in the fall and Swinney hinted at the time that it had to do with a lack of fulfilling academic responsibilities.

Kendrick was pegged as a potential early-round draft choice in 2021 but has opted to play a senior season. When he left Clemson, he became a high-end transfer target. Alabama, Georgia, Florida, Texas and TCU expressed interest, according to a 247Sports report.