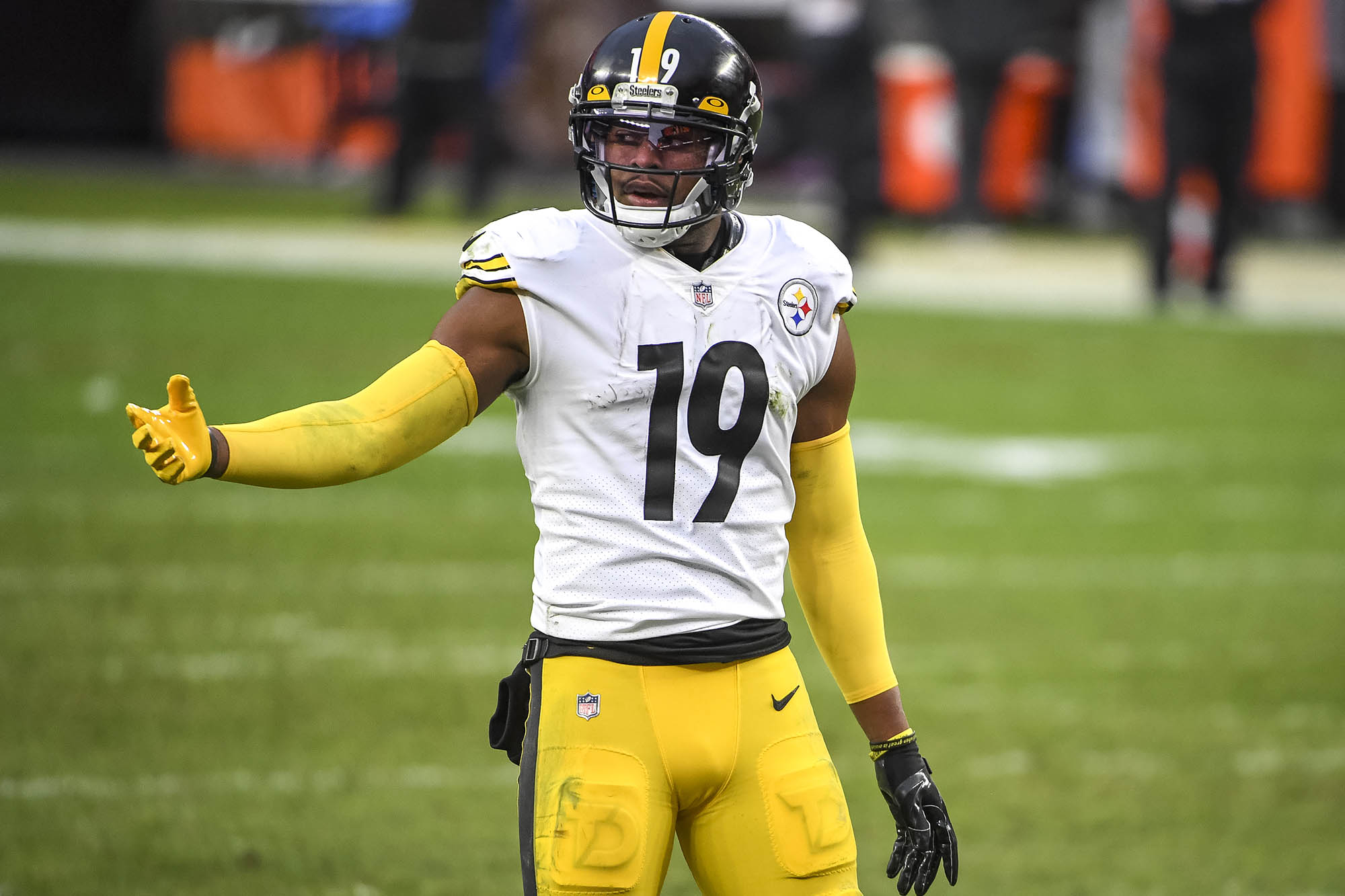 JuJu Smith-Schuster said he hoped to be in Pittsburgh for the rest of his career just last month, but it appears the wide receiver doesn’t believe that will happen anymore.

With the 24-year-old set to become an unrestricted free agent when the new league year begins on March 17, Steelers.com reported that Smith-Schuster is unlikely to agree to the deal that the financially strained Steelers would be able to offer.

Smith-Schuster all but confirmed he didn’t believe he would remain in Pittsburgh.

Sports Illustrated host Kaitlin O’Toole posted an Instagram poll Thursday morning, asking “Will JuJu stay in Pittsburgh?” with an option for fans to vote either “That’s a negative” or “I hope so.”

Smith-Schuster was one of the first five to answer the vote, clicking on “That’s a negative,” according to a screenshot from O’Toole.

While Pittsburgh recently lowered its cap number by $15 million by restructuring Ben Roethlisberger’s contract, dropping the quarterback’s salary from $19 million to $14 million in the final year of his deal, the Steelers are still faced with many cap obstacles.

Smith-Schuster, the Steelers’ second-round pick in 2017, had a breakout season in 2018 when he caught 111 passes for 1,426 yards and seven touchdowns – which earned him a Pro Bowl invitation. Last season, he finished with 97 catches, 831 yards and a career-high nine touchdowns.