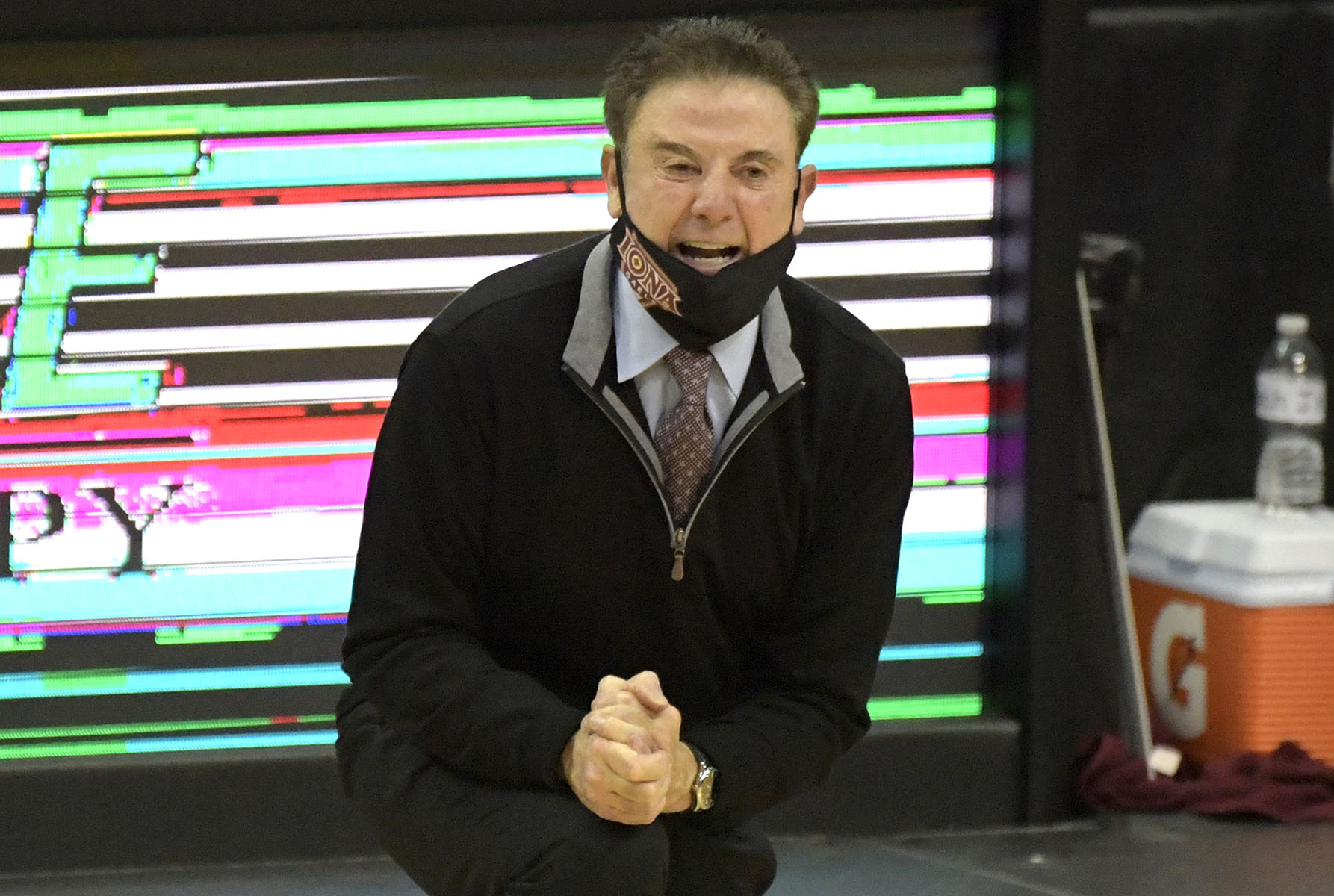 Duke is done. Kansas and Virginia were knocked out of their respective conference tournaments, too, following positive COVID-19 tests. It’s naïve to think it won’t happen to at least another team or five. It’s crazy to think Seton Hall — or St. John’s! — could still slide into the big bracket.

Iona (-8) over Fairfield: Rick Pitino was hired after the Gaels’ first losing season in 11 years. He was forced to do the entirety of his recruiting via Zoom. His program endured four COVID-related shutdowns. One layoff lasted 51 days. Before the MAAC Tournament, another pause kept Iona off the floor for 16 days. Now, Iona is one win — over a 10-16 team — from the NCAA Tournament — and this is probably the worst season Pitino will ever have in New Rochelle. The inevitable Sweet 16 run isn’t far away.

Oklahoma State (+2) over Texas: Unless the Longhorns luck out with another opponent being sent home by a nasal swab, Cade Cunningham will be cutting down a net. The Big 12 Player of the Year and soon-to-be No. 1 pick in the NBA draft was brilliant in handing No. 2 Baylor its second loss of the season. Lately, Cunningham is getting plenty of help, too, with emerging sidekick Avery Anderson helping Oklahoma State win eight of its past nine games, with the past six victories coming against ranked teams.

Ohio State (+6) over Michigan: Neither team is playing to its potential lately — the Wolverines have lost two of its past four games after starting 18-1, while the Buckeyes narrowly advanced in both of their Big Ten Tournament games, following three straight losses — but the rivals will bring out the best in each other. Expect a similarly thrilling sequel to Michigan’s 92-87 win last month.

Tennessee (+3) over Alabama: The top-seeded Crimson Tide will find plenty of support after their 37-point win over Mississippi State, but the Vols’ physicality will make Alabama’s back-to-back games feel like two different sports. Though Tennessee dropped a 71-63 decision to Alabama on Jan. 2, the Vols can only improve from that day’s 4-of-21 effort on 3-pointers.

Wichita State (-3.5) over Cincinnati: The Shockers’ worst game in nearly two months still ended with a one-point win over South Florida. The Bearcats are simply catching the top-seed at the wrong time.