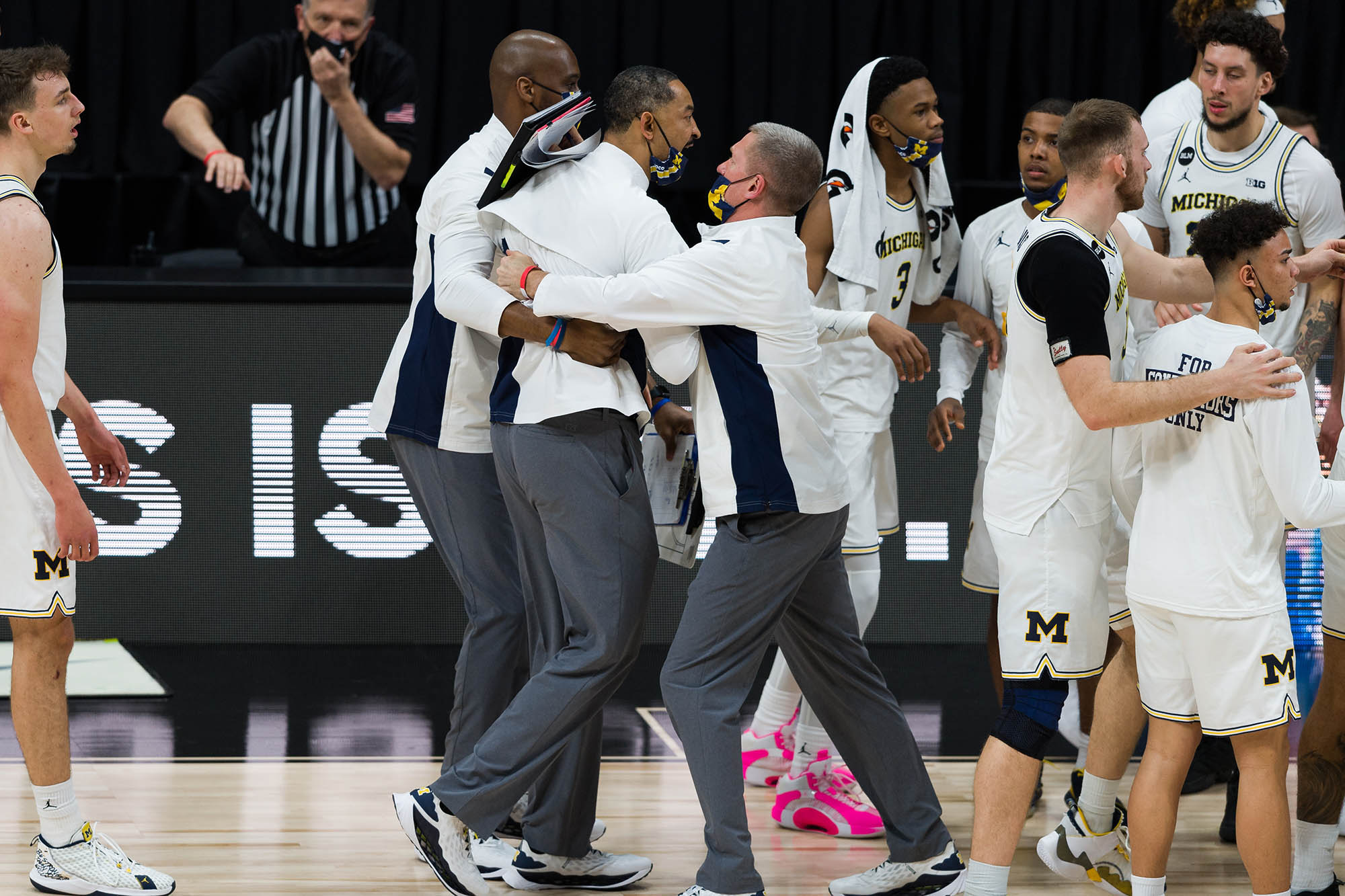 Michigan college basketball head coach Juwan Howard was ejected during a time out in the second half of their 79-66 victory over Maryland.

During a break in the Big Ten Tournament quarterfinal game, Howard was seen gesturing toward the Maryland bench. Maryland coach Mark Turgeon appeared to respond, and ignited a skirmish where Howard charged the opposing team and needed to be held back by his coaching staff and players.

According to the Detroit Free Press, once Howard learned he could be thrown out of the game, he got even angrier. He was then ejected, and Turgeon received a technical foul.

In a press conference after the game, Howard said he was trying to argue a call with the ref, but claimed Turgeon said to him, “Juwan I’m not going to let you talk to me! You don’t talk to me ever again!” Howard said Turgeon then charged at him.

“I was raised by grandma and by Chicago,” Howard said. “When a guy charges you, you go into defense mode… When he charged me, I reacted.”

Assistant coach Phil Martelli took over for Howard, and Michigan cruised to victory after being down by double digits in the first half of the game. They will face the winner of Ohio State vs. Purdue in the Big Ten Tournament semifinals on Saturday.