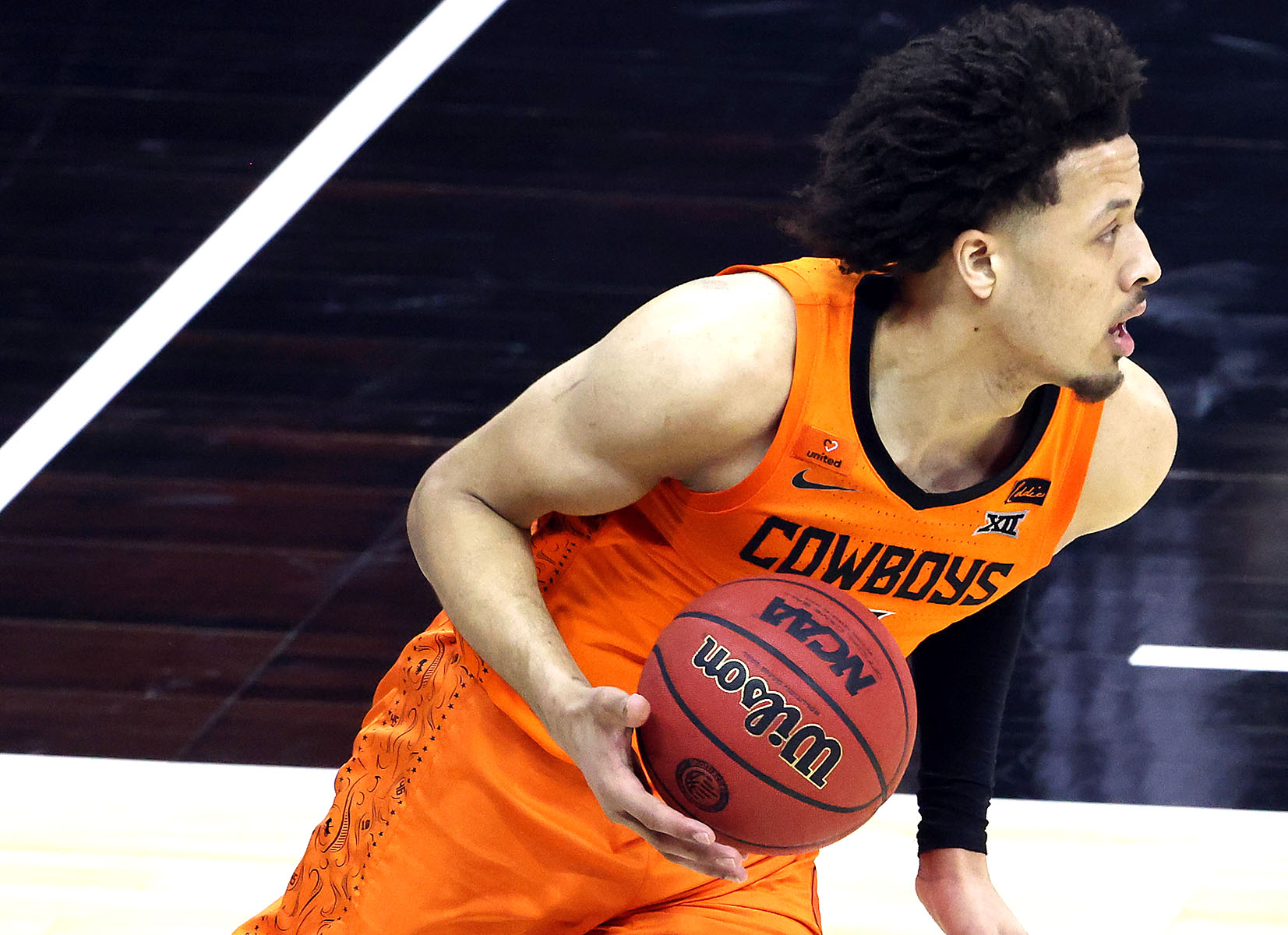 How long will it be until Duke adds an asterisk to its season?

Oklahoma State (+9.5) over Baylor: I don’t care that the Bears won both regular-season meetings by an average of 13 points. I don’t even care that I’m going against the team I expect to pick to win the national championship. For the most talented player in the country (Cade Cunningham) and a roster with four wins over ranked teams in its past five games, receiving 9.5 points is a gift.

Seton Hall (-3) over Georgetown: The Hoyas were fortunate to face a hobbled top seed in the quarterfinals, but Patrick Ewing’s first Big East Tournament run since 1985 ends here. Just like in Seton Hall’s overtime win over the Johnnies, the Pirates’ postseason experience will be the difference against a Georgetown team unaccustomed to such high stakes.

Georgia Tech (+4½) over Virginia: The Cavaliers took both regular-season matchups, but now face the surging and surprising Yellow Jackets at their peak, having won seven straight games to clinch their first NCAA Tournament berth in 11 years. Following two underwhelming efforts against Virginia this season, ACC Player of the Year Moses Wright is due to deliver.

Cincinnati (+6) over SMU: I just can’t trust the shooting touch or game shape of a team that hasn’t played since Feb. 8. It doesn’t sound like Mustangs coach Tim Jankovich does either, following multiple COVID-related pauses in the program and recent practices without enough players to go five-on-five.

“Could we play great? Yes, of course, but … your timing, your recognition, tweaking, all those kinds of things, you really try to build the habits that win and I’m very concerned about those things,” Jankovich said. “I don’t say that at all like we’re throwing in the towel. … We’re all staying optimistic and trying to stay positive.”

Props to him if this is a hustle.