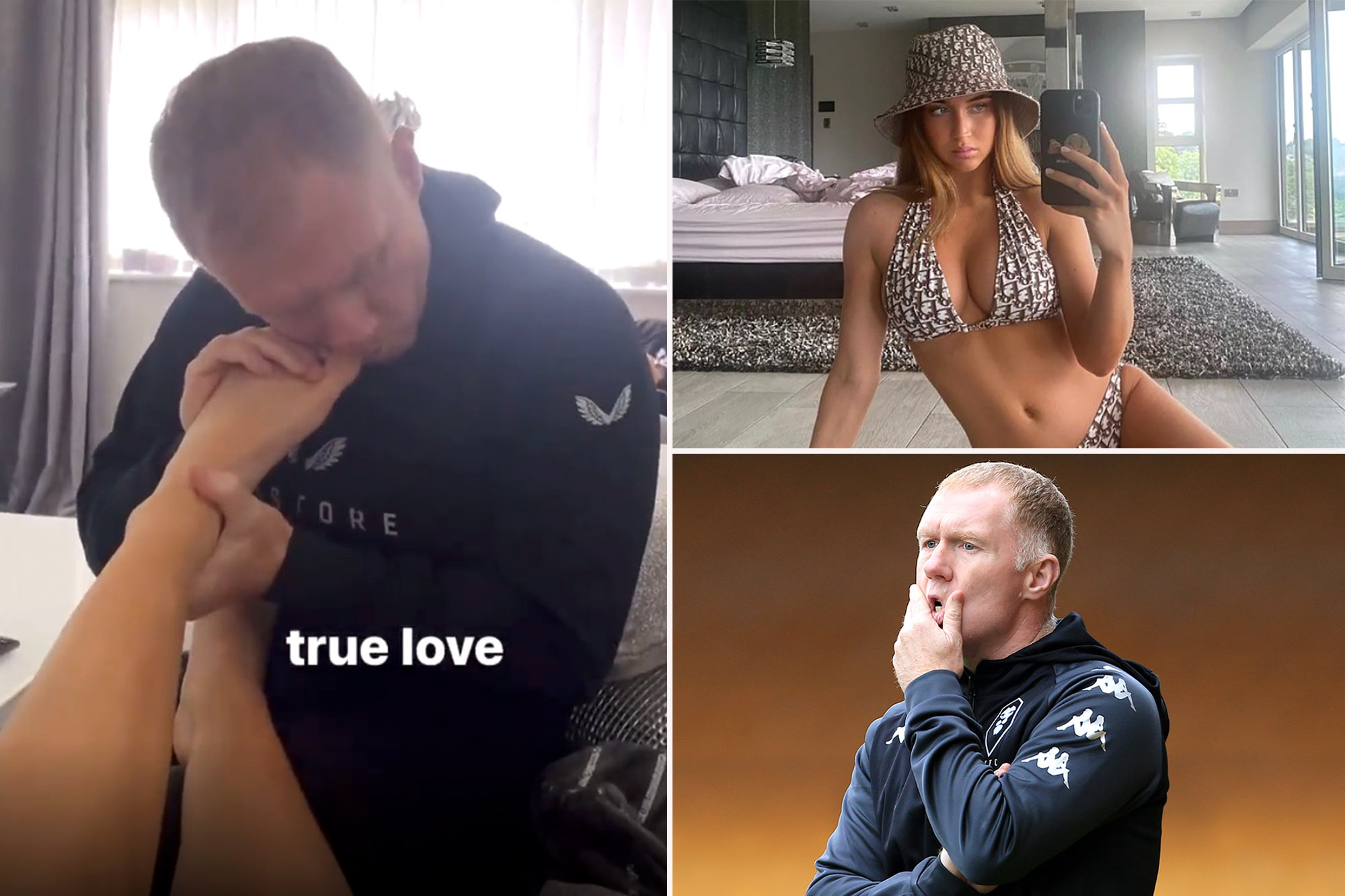 The Manchester United legend became a trending Twitter topic Tuesday after his 20-year-old daughter shared a video of him biting her toenails.

“True love,” Alicia Scholes wrote over an Instagram Story clip that showed her foot in her father’s mouth.

The video was apparently shared on Saturday, and fans were able to capture it before it expired. Scholes’ Instagram following reportedly increased by a couple thousand after sharing the clip.

The father-daughter duo also snapped a selfie together. Scholes posted the photo to her Instagram Story, which also expired.

Fans took to social media to react to the viral video and didn’t hold back.

Another person tweeted, “Just seen Paul Scholes sucking his daughter’s toes. Delved in to the rest of her stories… Why his pants undone?”

Scholes’ daughter is an athlete, and plays for the London Pulse of the Netball Superleague — following a stint with the Manchester Thunder.

The Manchester United alum has not yet addressed the video.