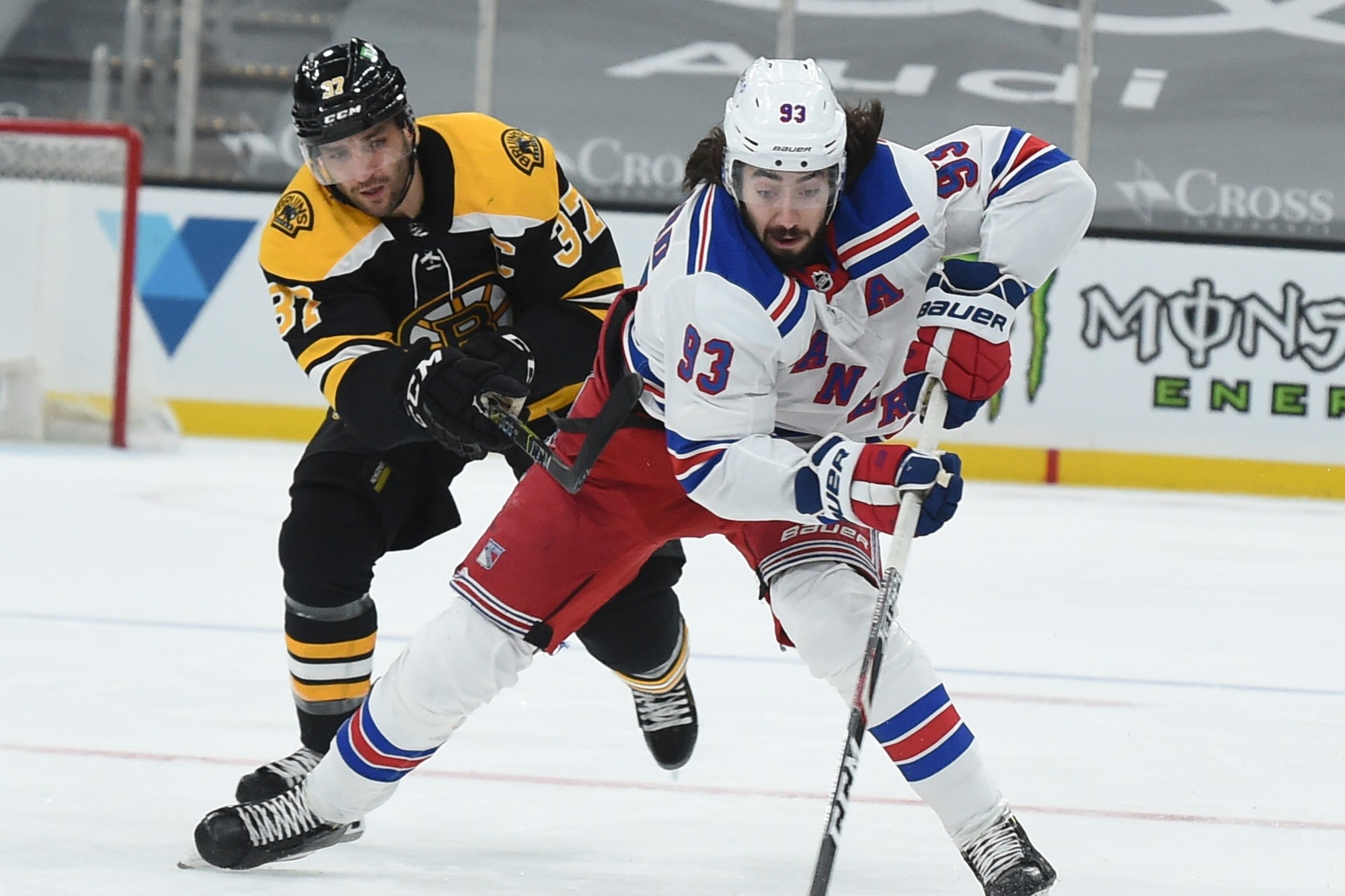 BOSTON — Jake DeBrusk returned after being benched one game for lack of effort and scored his first goal in almost a month, chasing Rangers goalie Alexandar Georgiev early in the second period and leading the Boston Bruins to a 4-0 victory on Thursday night.

David Krejci scored his first goal of the season and Brad Marchand had two assists — one of them after sliding the puck through his own skates to set up Patrice Bergeron’s short-handed goal that gave Boston a 2-0 lead after one. David Pastrnak also scored for Boston, and Jaroslav Halak stopped 28 shots for his second shutout of the year.

The Bruins snapped a two-game losing streak and earned just their fourth victory in 11 games.

Georgiev stopped 10 of the 14 shots he saw before he was pulled five minutes into the second period after allowing back-to-back goals 1:21 apart to Krejci and DeBrusk. Keith Kinkaid came on and stopped all 13 shots the rest of the way for New York, which lost its third in a row.

DeBrusk, who had 16 goals as a rookie in 2017-18 and 27 the next year, had just one score and four assists in 17 games before coach Bruce Cassidy sat him for Tuesday’s game against the Islanders. Asked why, the coach didn’t hold back, saying, “We just feel we’re not getting the effort required.”

DeBrusk returned to the lineup on Thursday and scored for the first time since Feb. 18, converting a crossing pass from Krejci to make it 4-0 and chase Georgiev. The 24-year-old forward also had two hits and blocked a shot in 15:48 of ice time.