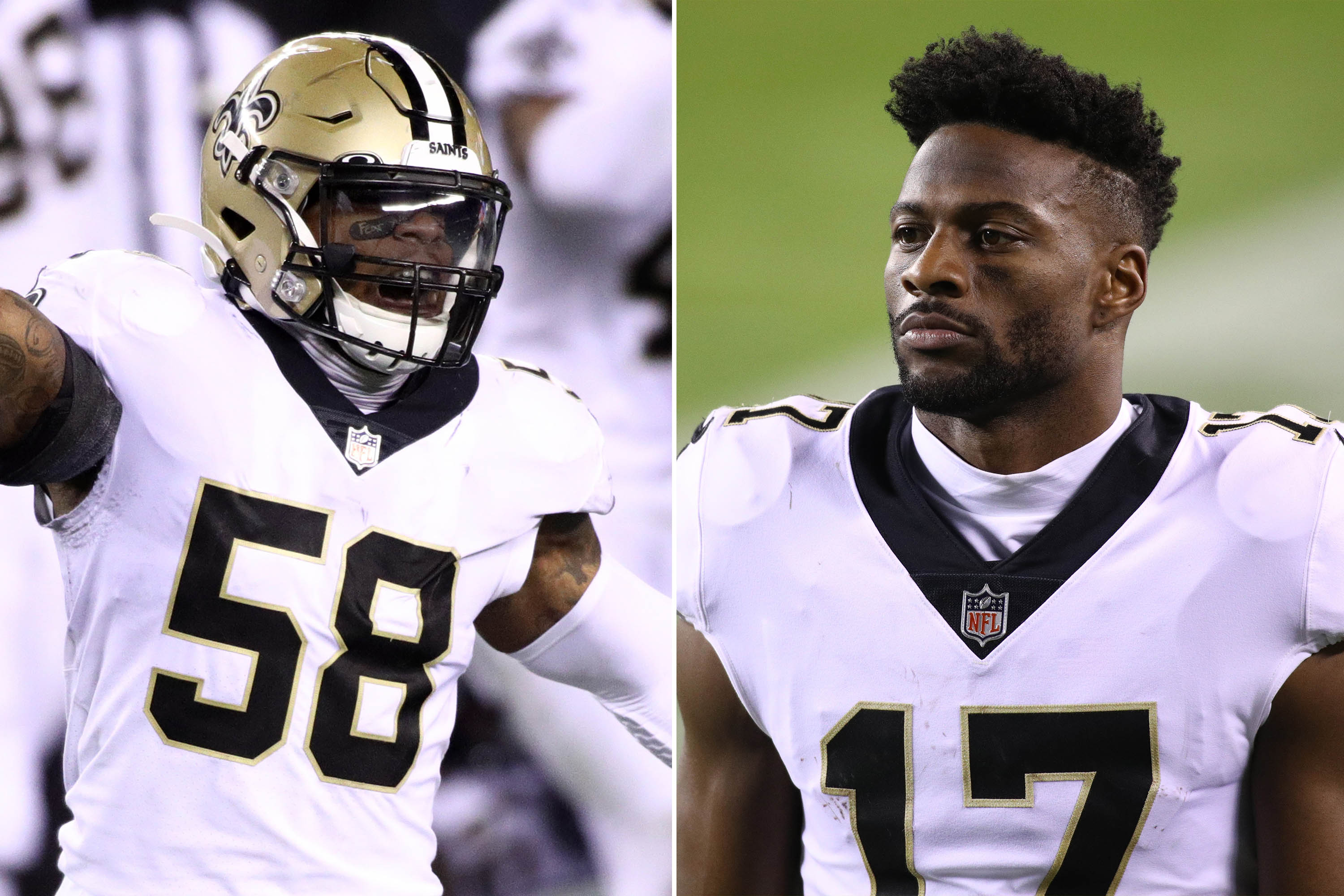 The Saints are taking the first steps to claw themselves out of salary-cap hell.

New Orleans will release wide receiver Emmanuel Sanders, according to ESPN’s Adam Schefter, a move that will save the team $6 million. Additionally, NFL Media’s Ian Rapoport reported that they also plan on releasing linebacker Kwon Alexander, which will save them an additional $13 million.

Sanders caught 61 passes for 726 yards and five touchdowns in 2020 with the Saints. He was still productive when given the opportunity at age 33, and could help another offense at a value.

Alexander joined the Saints halfway through the season via trade from the 49ers. He logged 30 tackles and a forced fumble in five games of action.

According to Over the Cap, the Saints still have a cap deficit of nearly $32 million. They still have some major maneuvering to do, especially if they want to land a new quarterback. Drew Brees is expected to retire, and Jameis Winston, who was on their roster in 2020, is a free agent.

The Saints were listed as one of Russell Wilson’s preferred destinations if he were to be traded from the Seahawks, but they would need to cut a sizable amount of salary to take on his $32 million cap hit.