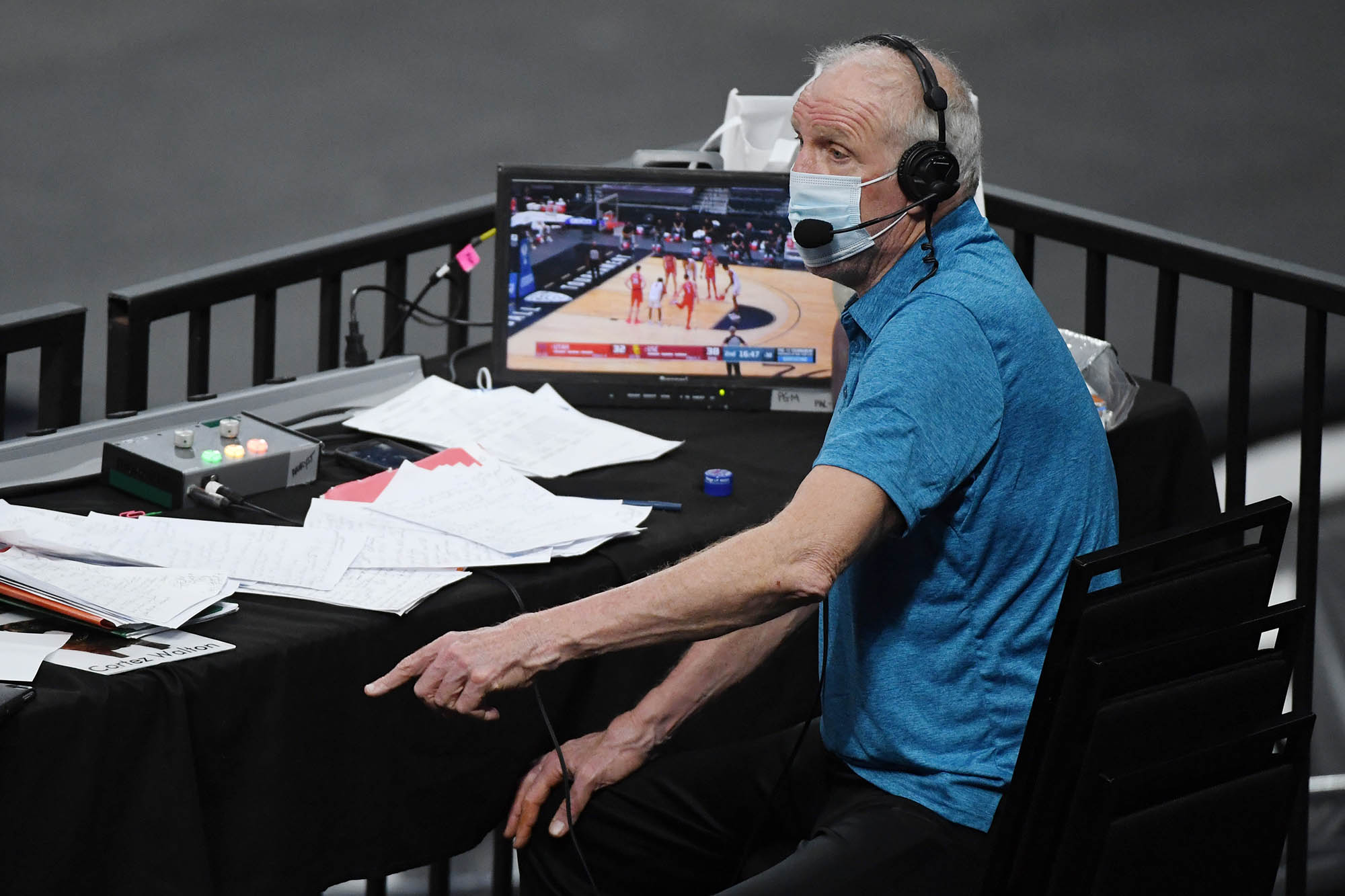 There is no college basketball announcer built for the midnight game as much as Bill Walton.

Those who stayed up to watch the Colorado Buffaloes take on the California Golden Bears in the Pac-12 tournament quarterfinals were rewarded handsomely, as the Hall of Famer treated fans to another round of his uniquely entertaining analysis – if that’s what you want to call it.

Early on in the game, with California up 7-0, Walton appeared to impersonate a buffalo with a “thorn stuck in his hoof” – and started … woofing?

“I’m not sure what noise that is, you’re supposed to whimper when you get a thorn in your hoof,” his broadcasting partner, Dave Pasch, said.

Later in the game, as California went on a scoring run, Walton pivoted to impersonating a bear – in honor of the Golden Bears, of course.

“So glad you’re six feet away,” Pasch said in response.