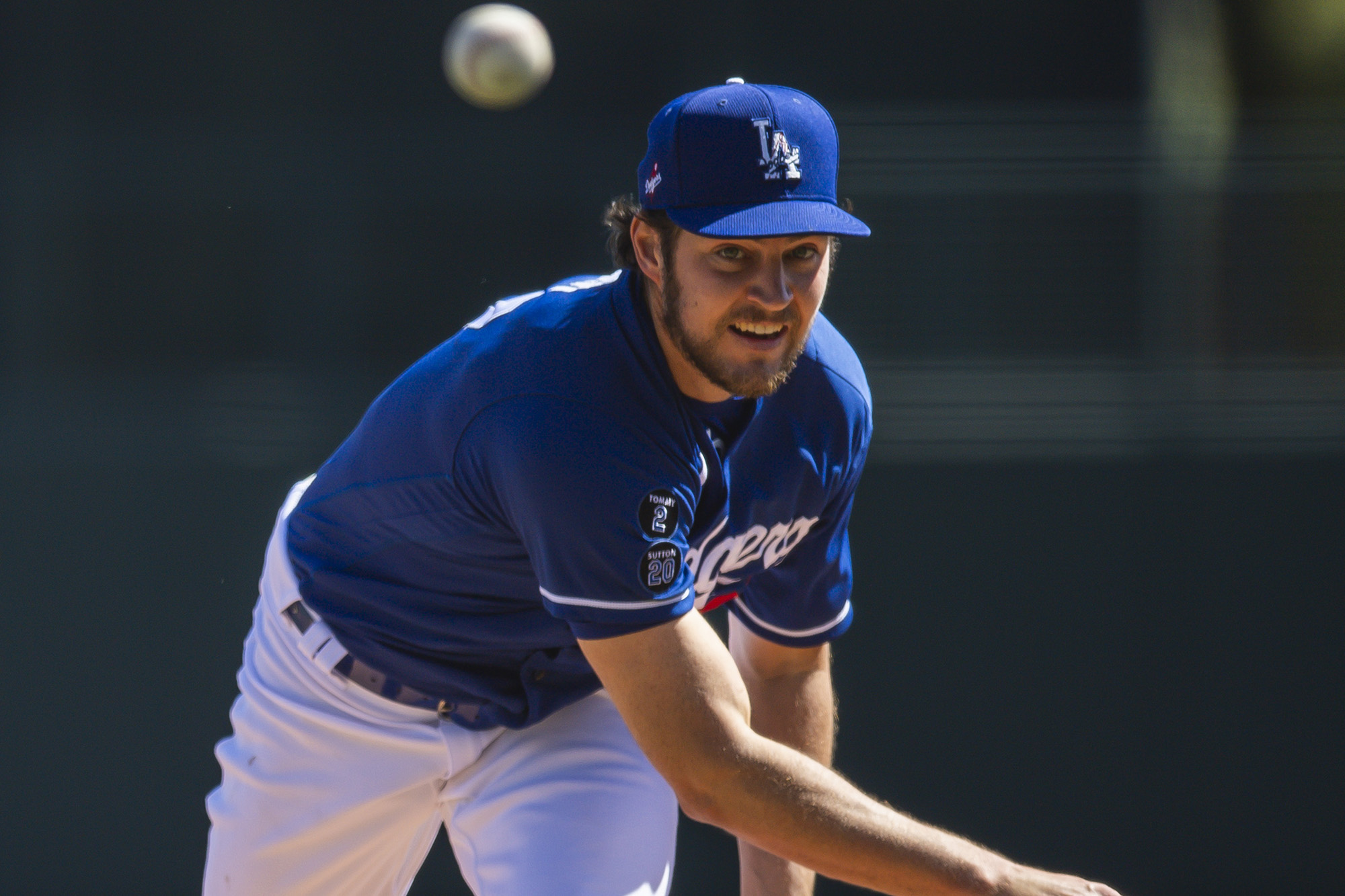 The Dodgers pitcher posted photos to Twitter of an official warning he received from the league stating that he violated their uniform regulations by having “corporate identification or any other logos visible on any part of the undershirt.”

“An unauthorized logo was visible on your undershirt during your Club’s spring training games on both March 6, 2021 and March 11, 2021,” the note read, with photos zoomed in on Bauer’s belt – which had his signature ‘b’ printed on it – attached.

Bauer, who spurned the Mets to sign a three-year, $102 million deal with Los Angeles in February, criticized the league for not allowing players to market themselves.

“MLB: we can’t market players if they don’t want to market themselves,” the 30-year-old wrote on Twitter. “Player: markets himself MLB: THAT IS STRICTLY PROHIBITED WE ARE GOING TO FINE YOU IF YOU DO THAT AGAIN.”

This is far from the first time Bauer has castigated MLB. During negotiations between the league and MLB Players Association ahead of the 2020 season, Bauer admonished MLB for its pettiness regarding the new CBA for 2020 when he felt the real discussions needed to be had on the 2021 season.

Rachel Luba, Bauer’s agent, has placed an emphasis on a players’ value and branding. Bauer has his own merchandise website called Bauer Outage. Although, his forward-thinking approach to marketing himself got him in trouble with Mets fans when New York merchandise prematurely dropped on his website.