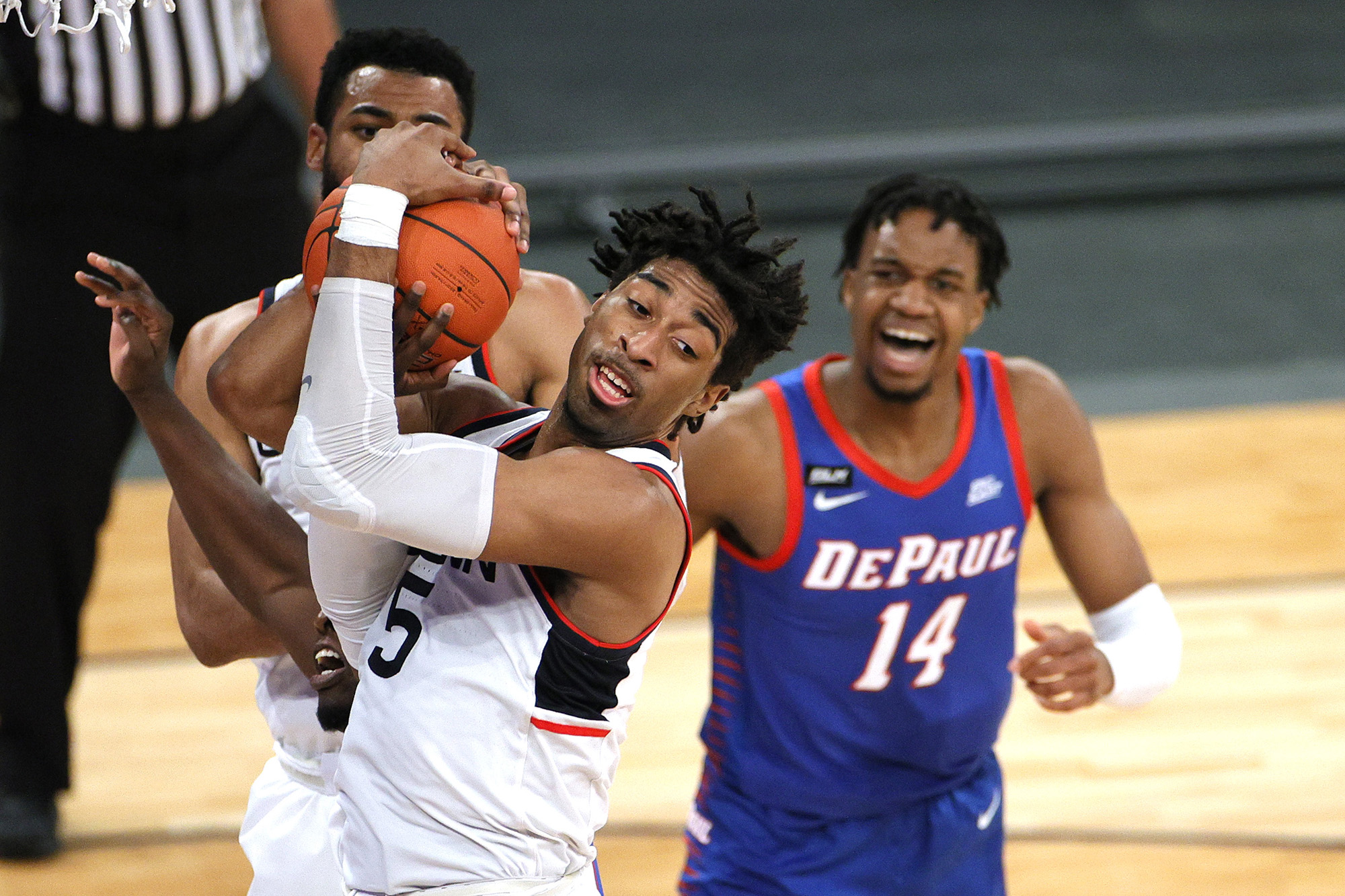 Third-seeded Connecticut, making its first Big East Tournament appearance since 2012 after seven years in the American Athletic Conference, advanced to the semifinals Friday against Creighton with a rout of No. 11 DePaul.

Sophomore guard and Brooklyn product James Bouknight scored 10 points in 21 minutes for the Huskies (15-6), but he had to be helped to the locker room midway through the second half with what coach Dan Hurley described as leg cramps. Bouknight had missed seven games earlier this season with an elbow injury.

R.J Cole, Tyrese Martin and Adama Sonogo led UConn with 14 points apiece, while Javon Freeman-Liberty had a game-high 19 points for the Blue Demons (5-14).

Hurley emptied his bench late in the game and his son, freshman Andrew Hurley, nailed a 3-pointer in the closing minutes for his first college points.