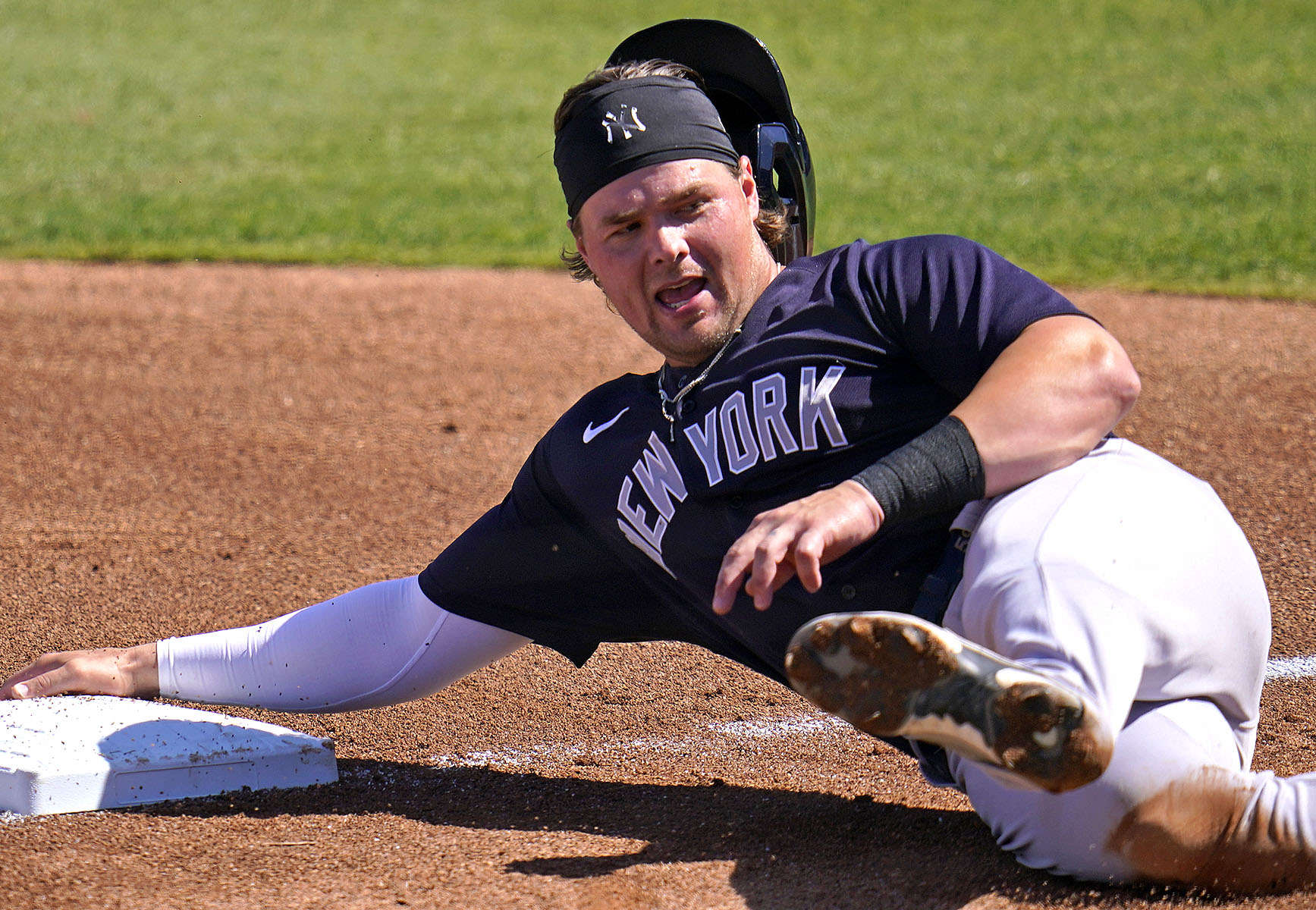 TAMPA — Luke Voit provided a brief scare in the top of the third of the Yankees’ 6-1 win over the Phillies at BayCare Ballpark in Clearwater, Fla. After being scratched Tuesday due to right knee soreness, the DH tried to advance to third on Clint Frazier’s fly ball to left, but was thrown out by Andrew McCutchen. He appeared to walk off the field gingerly, but stayed in the game and looked fine running out a ground ball later in the game.

Voit will not play Friday against the Tigers in a planned day off.

While Giancarlo Stanton has looked good at the plate, Boone said there were no plans yet to try him in the outfield — although he didn’t rule out the possibility.

“I don’t have anything on the schedule,’’ the manager said. “We want him to find his workload and routine at the plate.”

Jay Bruce has now started games at first base, left field and right field and has impressed Boone everywhere.

“At this point, everything we could have hoped for, we’re seeing,’’ Boone said. “From the offensive side, but [also] with the defensive versatility and what we think is the ability to play first.”