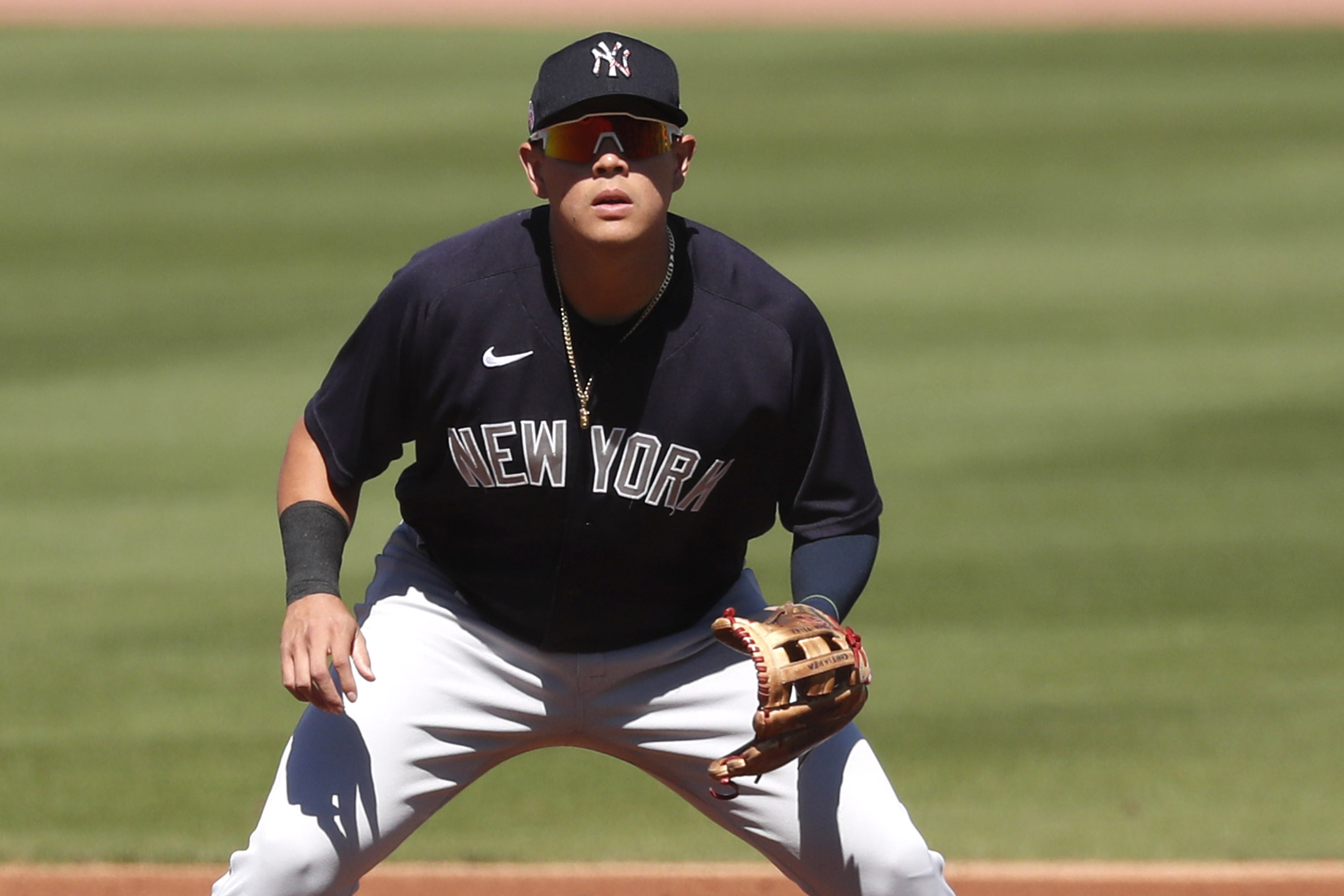 TAMPA — The Yankees’ infield gets a different look Wednesday, with Gio Urshela starting at shortstop.

Urshela last played shortstop in 2018, when he appeared in eight games at the position with the Blue Jays. Yankees manager Aaron Boone said he wanted to get Urshela time there in case the Yankees needed him “in a pinch” during the regular season.

“It’s something he’s comfortable doing,’’ Boone said. “Same side of the field. With shifts and all, it’s a place he’s [played].”

Urshela is coming off elbow surgery to remove a bone chip in December and has shown no ill effects from the procedure this spring, making strong throws from third base.

With Gleyber Torres the starting shortstop, Tyler Wade has filled in behind him. But against the Tigers on Tuesday, Boone had Urshela at short, with Derek Deitrich — in camp on a minor league deal — at third, with Wade at second.

“It’s just something I wanted to do this spring,’’ Boone said of Urshela. “In case we ever get in a pinch or we’re in a situation where we need to move him over there for a day.”

Asked if Urshela could end up serving as the primary backup at the position, Boone didn’t say no.

“You never know how the season unfolds and injuries happen,’’ Boone said. “The more versatility you can create, [the better]. I don’t feel like this is something drastic we’re doing with Gio. I think it’s very easy to [say], ‘Slide over, you’re playing short the whole day today’ and to keep that option open so that any point in the year we get in a situation, just feel a little more comfortable that he’s been there and done it.”